As an indie filmmaker the main obstacle in making our movies is the money. A good chunk of our time is spent raising money (applying for grants, talking to investors and distributors, finding other ways to get the cash, etc). For an artist, this is somehow frustrating because it deals more with the business side than with the art side of filmmaking (although some may argue that raising money is an art in itself) and the filmmakers are not businessmen, usually. 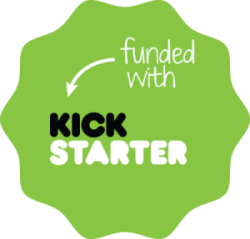 In the last three years a means of funding a movie project emerged: Kickstarter.com

It uses the crowdfunding method (basically, people donating their money for a project) and this web service became the leading crowdfunding service in the world, with over $230 million dollars pledged (from over 2 million registered backers) and more than 23,000 successfully funded projects (at a rate of 44% successful projects). No other crowdfunding service comes even close.

Since I started backing projects on Kickstarter I took a look at some projects that were film related (but not only) trying to understand why some projects are funded while some other are not.

One of the best Kickstarter short movie projects I have encountered lately is called “Dust” by Ember Lab from Los Angeles www.emberlab.com (see the Kickstarter page here: http://www.kickstarter.com/projects/1261313080/dust-0 ).

Why is this one of the best?

I did a bit of analysis and these are my conclusions (I recommend you to download the analysis and read it carefully).

Download the full analysis of “How to run a successful Kickstarter crowdfunding campaign for your movie project” (PDF file, 700Kb)

Have something already done for your movie project
Anything you can do without needing much money (or with your money/time): storyboards, art work, pre-production stills and videos, trailer shots, etc.
You have to show backers that your movie idea isn’t just an idea, you already doing something about it.

Start the marketing of your project even before posting it on Kickstarter
Establish relationships with the journalists (local included), build a website (and keep it updated), attract fans/followers on your Facebook page and Twitter (and keep them informed), build the audience. All before you are stating the Kickstarter campaign. When the time comes and you will post the project on Kickstarter you will have already people interested in your project and who can become backers. Also, don’t forget to make those future videos for updates early on (they are time consuming).

Make a realistic production budget of your movie and figure out where the Kickstarter money can fit in
You should know how much money you want to ask on Kickstarter based on your production budget (this should include shipping and other costs associated with delivering the physical rewards to the backers: DVDs, Blu-Rays, t-shirts, posters, etc). Don’t just throw an arbitrary number. Don’t forget also that Kickstarter gets 5% of the money collected so factor that into your amount asked.

Give plenty of information in the text presentation
If the text is long, break it down into sections (just like “Dust” has) for easy to read.

Choose carefully your rewards
Also, don’t forget the power of the producing rewards (associate producer, co-producer, executive producer, and producer) and the IMDB credits. Be very specific where the money collected will go.

Update your project often and let backers know
Don’t forget also the call to action (ask backers to spread the word but also remind them that Kickstarter is all-or-nothing campaign – you create a sense of urgency, especially at the end of it). You may have to educate your future backs on how to use Kickstarter to donate the money (don’t assume everyone knows what Kickstarter is and works – you can find tutorials about this on Youtube or can make your own little branded tutorial to show to them).

Go and market your Kickstarter campaign
Using the relationships you have made with journalists try to get articles written about your project on Kickstarter. Submit to social news websites (like Reddit, StumbleUpon, etc), post on Facebook and Twitter and post often (don’t forget about your friends too). This marketing campaign can continue offline too, locally.
Don’t forget about trying to get featured on Kickstarter itself.
You need to keep up this marketing campaign constantly until the funding goal has been reached and beyond (if you still have days remaining for the campaign).

Always keep, regularly, in contact with your backers
Even after your campaign is successful and you got your funding you should keep the updates coming. Backers love to know how you are doing and that their money is put to good use. It gives them a sentiment of fulfillment, accomplishment.

In the end, your Kickstarter campaign has to respond to the questions potential backers asks: Why should I give you my money? Why should I become your backer?
Ember Lab convinced me to back the “Dust” project by choosing one of their $1,000 rewards (this analysis was written in June 2012, right after the project ended its campaign, but published in September 2012).

Download the full analysis of “How to run a successful Kickstarter crowdfunding campaign for your movie project” (PDF file, 700Kb)