Startup scene in Phoenix, Arizona – what I have found since living here (2011) 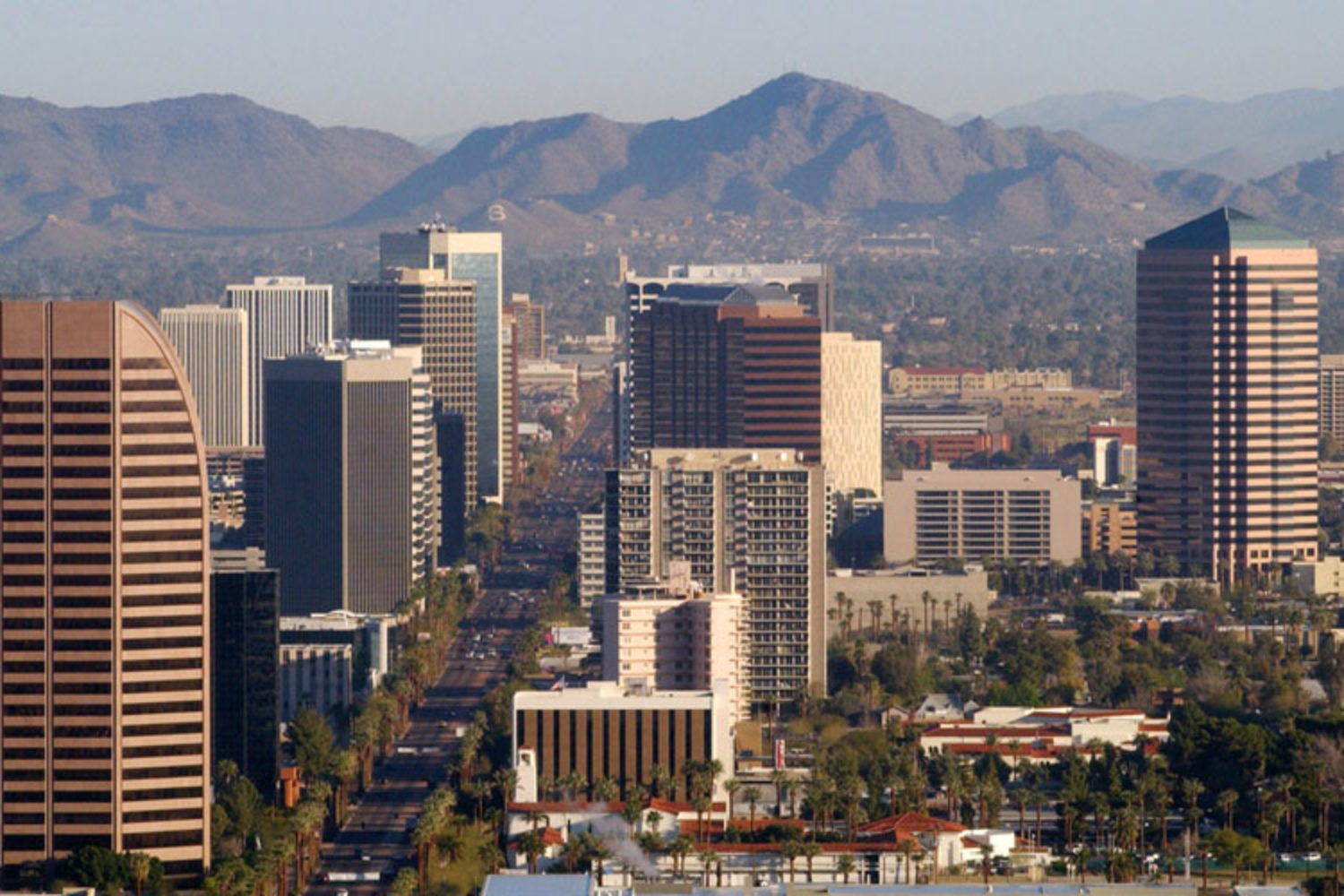 NOTE: This article was originally written in 2010 for Techcrunch (not published) and published in 2011 on Quora.com. It needs a serious update, which I don’t have time to do.

In my opinion, as an outsider (I’ve been living here since 4 years ago), I think Phoenix could become one spot from the technology ring which gathers places like Silicon Valley-CA, Boston-MA, Austin-TX, Boulder-CO, Los Angeles-CA, Seattle-WA, New York-NY (did I forget some other places?).

The city has the talent (ASU and University of Phoenix and plenty other smaller colleges), has the infrastructure and could have more (this is one of the most stable areas in the US – no tornados, no earthquakes, no hurricanes and for heat we have the air conditioning). What it needs is more exposure to the world, more promotion as a tech hub. I don’t know if there is a central office for promoting Phoenix as a technology hub and, after talking to some people, it seems there is none. I read a lot of tech media (news, articles, etc) and almost none are saying something about Phoenix as a technology and startups location. I hope this article will help even just a little bit. 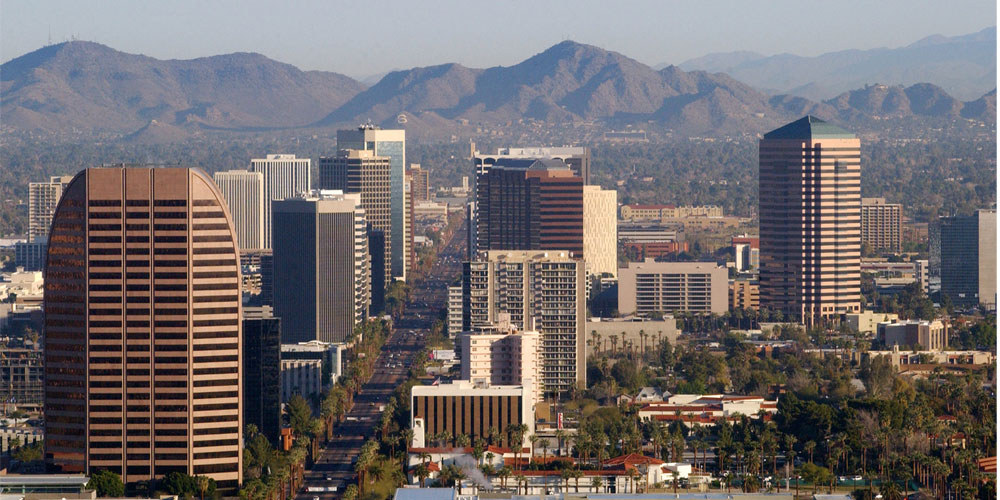 The startup scene here is pretty much flying under the radar for now. I dug around for more info and I found out that the tech startup culture here seems to be in the phase of trying to define itself, trying to come with a corrective action towards improving the public perception about it. Most of the startups and investors here are unknown, even to the locals, which brings me back to the exposure and promotion to the outside and inside world.

How many of you know where Godaddy.com (the leader in domain names and web hosting), LimelightNetworks.com (one of the leaders in content delivery networks), Lifelock.com (identity theft protection), Microchip.com (semi-conductors), Insight.com (computer maker), FirstSolar.com (clean energy), iCrossing.com, JDA.com (on-demand chain management software), SageCrmSolutions.com are based? Yes, they are based in the Phoenix area (and these are quite known tech companies).

Now try this with:

Yes again, they are all based in the Phoenix area.

Or, did you know that Phoenix is also among preferred datacenters locations in US? The reasons are compelling: no natural disasters in sight (the heat doesn’t count, thanks to the air conditioning).

Here are some known data centers located in the Valley:

There are also big companies which have their data centers here, JP Morgan Chase, Toyota, Bank of America, United Airlines, State Farm insurance being some of them.

From where the power make these data centers function reliable? Palo Verde nuclear plant was the last built in US so it’s a pretty new facility. Arizona has also natural gas, not to mention the solar power (in developing). This state is a net exporter of electricity to other states.
A quick check on Crunchbase www.crunchbase.com database of companies reveals that there are 18 pages of Phoenix area based companies www.crunchbase.com/search/advanced/companies (50 miles radius).

Now, there are over 4 million inhabitants in the Phoenix Metro area while there are over 280,000 inhabitants in the Boulder Metro area. You would expect more from a place where there are more people, wouldn’t you? I was expecting the same, especially that there are all the requirements needed for technology companies to start (except the promotion of the area as a whole). After all, Entrepreneur magazine ranked Phoenix on the fifth place in US http://www.entrepreneur.com/article/202666-5 as a location where to start a business.

It seems that the same situation is with the filmmaking industry here. Good locations, enough local talent and projects, several independent film studios, yet almost nobody know Phoenix as a filmmaking center. Not long ago Austin was declared the best place for tech www.entrepreneur.com/magazine/entrepreneur/2009/august/202666-10.html and filmmaking www.moviemaker.com/locations/article/top_10_movie_cities_2008_best_places_to_make_movies_20080128. How’d they do it? Filmmaking in Phoenix is confronted with the same identity problem as the tech sector (I’m involved a little bit in the film industry as well).
There are several initiatives which try to change this and do a better job in letting the world know that “hey, there is a hidden tech gem in the desert”.

One initiative is led by Francine Hardaway and Ed Nusbaum who co-founded Stealthmode Partners www.stealthmode.com, which is an incubator for Phoenix startups.
Companies accepted in the Stealthmode Partners portfolio are getting coaching, consulting, and connections to the people and resources they need to reach success.
Stealthmode Partners partnered with Microsoft BizSpark program, a program that provides software, support and visibility for software startups.

Some of the startups Stealthmode partners helped are:

Francine also founded the Arizona Entrepreneurship Conferences www.azentrepreneurship.com which is an annual conference helping in raising the awareness of Arizona entrepreneurial community.

But she is not the only geek in town.

One of the most known gatherings of the tech and business people is at the Ignite Phoenix event www.ignitephoenix.com. It’s scheduled several times a year at which 18 speakers are chosen to speak about their project 5 minutes each. Ignite Phoenix is a product of the Phoenix Innovation Foundation, a non-profit organization that provides educational and community building events in the Phoenix metropolitan area (sponsored by O’Reilly Media which supports local communities hosting Ignite events in cities around the world).

Along Ignite Phoenix event, Invest Southwest capital conference www.investsouthwest.org is one of the biggest (if not the biggest). It reunites investors and entrepreneurs from Arizona and South-West USA. The entrepreneurs have a chance to showcase their creation in front of investors. Since its inception, 1992, the capital invested as a result of this conference reached about a quarter of billion dollars.

Showcasing a startup could be difficult for some entrepreneurs because of lack of training in speaking in front of lots of people. Thus, if they want to get that training they can attend ASU Venture Catalyst www.asuventurecatalys.org program which educate and connect entrepreneurs from around the Valley and not only. It was initiated by the Arizona State University.

Web professionals thrive when they are surrounded by their peers and that’s exactly what GangPlank www.gangplankhq.com, a local organization led by two young men – Jade Meskill and Derek Neighbors, is trying to do. The organization is providing free workspace and mentorship www.gangplankhq.com/mentoring for startups or for individuals who want to build something and also contribute to the community established around it. 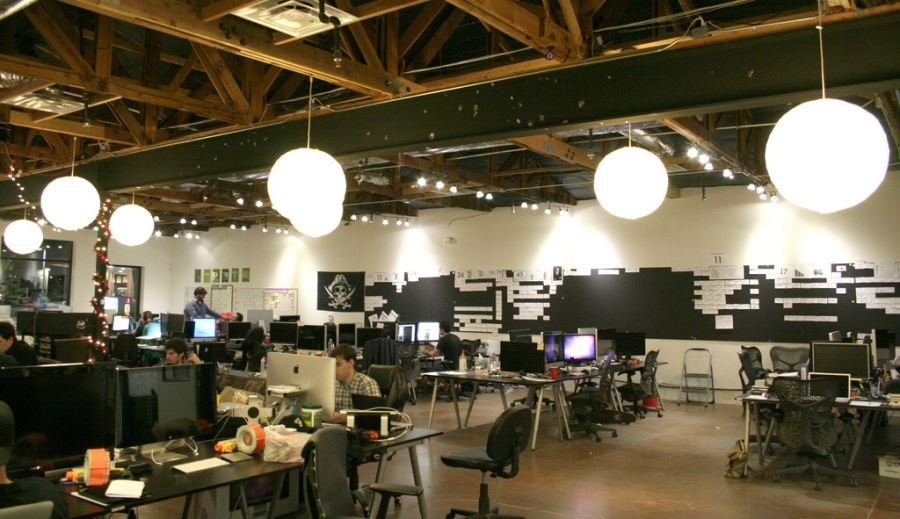 They are headquartered in a 5,000-square-foot facility located in a quiet business park on East Elliot Road in Chandler (they extended in Utah as well: www.gangplankut.org).

The latest addition to the Phoenix startup community is www.AZDisruptors.com, a newly-formed startup incubator in the Scottsdale airpark created by the founders of Axosoft.com, a multi-million dollar software company that’s been in existence since 2003.

In Flagstaff NACET (Northern Arizona Center for Entrepreneurship and Technology – www.nacet.org) has established a successful incubator with over 30 companies that span biotech, solar, web, cleantech and mainstream commercial sectors. With funding from the City of Flagstaff and ties with NAU they directly accounted for the creation of over 100 jobs in 2010.

Let’s not forget the Code Camps events around the country which in Phoenix is called the Desert Code Camp www.desertcodecamp.com. This is a free, one-day event put on by the local Phoenix community to help promote software development in general (no matter the language, platform, or technology).

Arizona has a non-profit trade association founded to connect, represent and support the state’s expanding technology industry and the name is Arizona Technology Council www.aztechcouncil.com, having well-known names in the board of directors, Steven Zylstra being the CEO.
And if that is not enough for some geeks they can choose other events from below:

A more complete list of meetups can be found here http://phoenix.meetupstogoto.com.

If you enjoyed TED conferences www.ted.com you will enjoy a Phoenix spin-off called TEDx conference www.tedxphoenix.com.

As other Phoenix economic branches the technology was hit by un-employment too. If you are one of those you might want to be part of the LaidOffCamp Phoenix www.laidoffcampphoenix.com event.

Other places where Phoenix geeks can go and find out more are:
– AZ Groups www.azgroups.org (brings together users of all technologies in Arizona)
– Eventification www.eventification.com (an aggregator of technology and business events around Phoenix, built by Brian Shaler – a local developer)
– Networking Phoenix www.networkingphoenix.com (one-stop-shop for professionals, entrepreneurs, small business owners, people in transition and anyone else looking to find networking events, established by Gelie Akhenblit)
– TechNews Arizona www.technewsarizona.com (science and technology news from Arizona)
If the tech startup scene is not that developed as in Silicon Valley, Austin or Boulders the venture capital/angel investing scene is not that developed either and that might be one of the cause Phoenix is not having that many startups.

There are few venture capital firms around the Valley (and Arizona) which invest in technology (on Crunchbase I found just two so I had to look elsewhere). Some of them invest in early stages while others in later stages (or both):

Most of these funds have their monies already invested and they don’t seem to raise other rounds (especially in this economic climate). Arizona Technology Council, together with other organizations, is trying to put together, at this time, a $50 million fund for seed and early stage investments.
The Valley funds seem to have invested half of their monies in semi-conductor related companies and the other half in life sciences (not too much in the Internet startups).

As startup incubators I was able to track down only two:

Gangplank was planning to open another one two years ago but it looks like the plans didn’t materialize.
Along these VC firms and incubators, angel investors are trying to do their part too.
One of the most known angel investor from Phoenix (at least in my opinion) is Howard Lindzon www.howardlindzon.com (http://Bit.ly, Wallstrip, Stocktwits, MyTrade, Rent.com, AdaptiveBlue, Covestor, Disqus, LifeLock, InternetBrands, Silicon Alley Insider, TubeMogul, vSocial and others).

Other angel investors are:

There are some angel investors organization, too: