About Entrusting Google With All Our Online Life 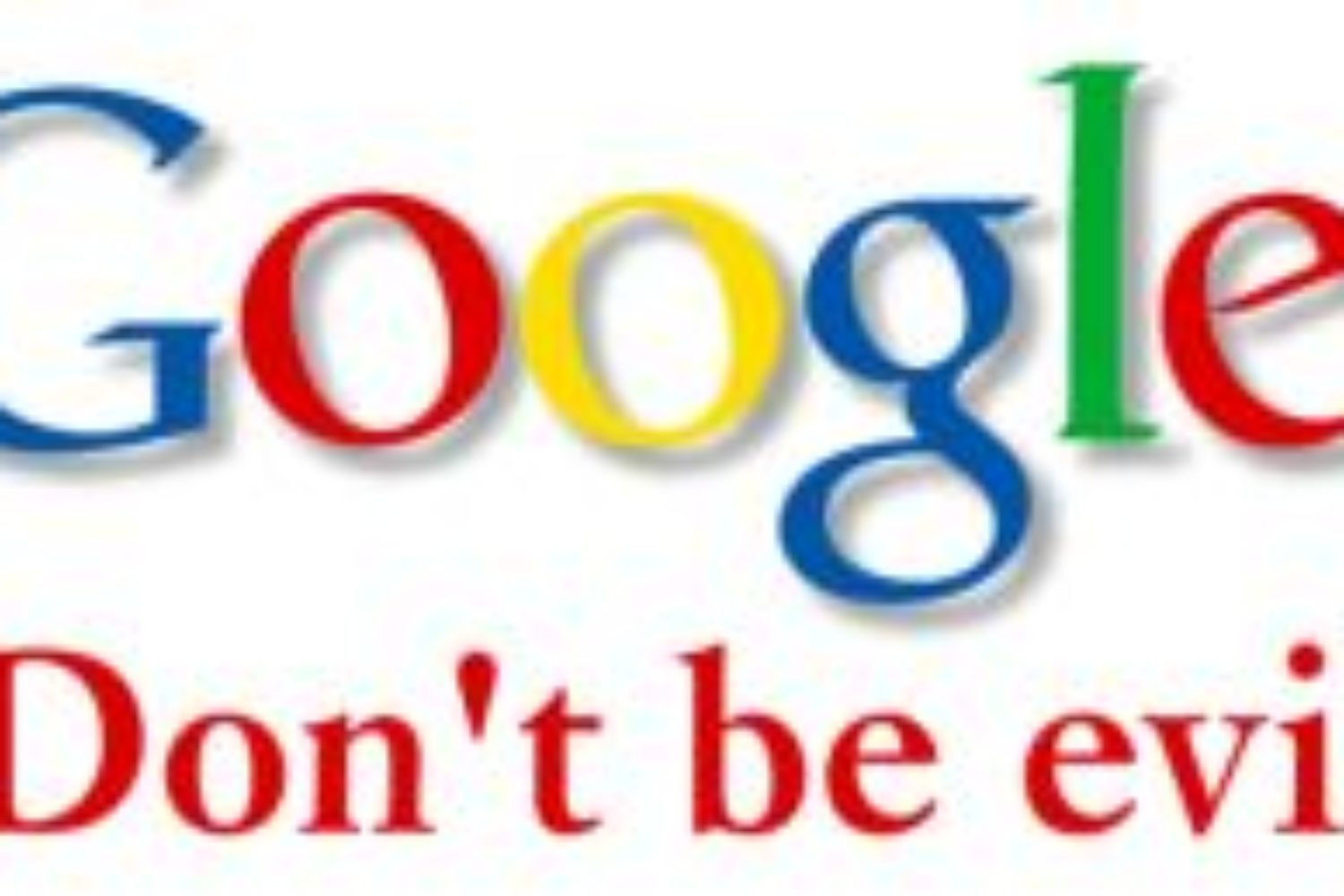 Google is powerful and all present in our daily life. For now, it’s the closest thing to Skynet we have (at least, that’s what I think).

We use its services, from Google search, to Gmail, to now Google+, to the Google office suites, to Google Picasa, to Google Adwords, to Google Reader, to Google Youtube, to Google Voice and many other services (see http://www.google.com/intl/en/about/products/).

But, is this a good thing, entrusting our online presence with just one provider?

You know what they say: don’t put all your eggs in the same basket.
Yet, we are doing so with Google. Sure, they is the convenience in having all in one place…but do we think about the consequence of that?

When we place our bets on one stock people from the industry may say that we are crazy. If you win you win big but if you lose you also lose big. They would advise us to spread the risk on betting on more than one stock and, diligently, we are doing so (except some nut cases). It is wise, isn’t it?

Why we aren’t doing so with regard Google services? Why we are putting all the eggs in the same basket?

We all know that Google is using various algorithms to power its platform. As far as I read, they even it’s using algorithms to power their customer support. It’s a “miracle” when you interact with a real person at Google and probably you are doing so only after great effort from your part (if you are a celebrity then it’s not that hard to get their attention though but how many are like that?).

I just read today some news about Google shutting now many Google+ profiles and in some cases shutting down ALL those services associated with those Google+ accounts.

In the classic Google style (found the hard way by the people using Adsense/Adwords), no clear answer is provided.

Removed but restored through influence is Limor Fried – AKA Lady Ada / Adafruit Industries: She was recently featured on the cover of WIRED Magazine.

Her account has just now been mysteriously restored, though only after a groundswell of complaints. Suffice it to say, the rest of the deleted accounts will not have such well-placed advantages.

So today, I got off a plane this afternoon to find a pile of tweets, emails, and blog comments asking whether it was true that my Google+ account had been suspended. When I managed to get some wifi and check, it turned out that it had been.

They are asking the ex-employee for ID verification. Kirrily “Skud” Robert continues,

It then asks me for my name (uh, don’t you know that already?), email (ditto), link to my profile (ditto), and asks me to provide documentation. I can either give them a scan of my photo ID (obscuring “personal information”, whatever that means), or links to places on the web that demonstrate that this is my name.
They suggest using Facebook (the site that allows Google founder Sergey Brin to go under a pseudonym, and whose own founder has a page for his dog) as evidence. I have something better, though, because I expected this to happen and I had already collated my evidence. I linked to that page and submitted the form.
It raised a chilling spectre in the background about what happens, exactly, when Google suspends your account.

And more examples in that article….or here: http://www.businessinsider.com/google-plus-facebook-product-director-blake-ross-2011-8
If you happen to be in mistake (and maybe it won’t be such a big mistake) you could lose all your Google services.

Is it right to kill the access to your email or spreadsheets or Adwords services if you posted a not very decent picture on G+ or did something which didn’t comply well with their ToS? (and you have all these services tied to one email, one identity)

Let’s be frank, how many of you are even reading those ToS? How many are following it letter by letter? I am referring here not just at Google but at many other online services.

Is it right to kill the access to my mail, to my stuff in my apartment, my car, if I was late 2-3 days with my rent payment sometimes?

If you make a mistake on Facebook they have a system of warning you (especially if you add a lot of people in short time or send spam). If they suspend your account you will loose just that social networking account, you won’t loose your email or other services because on Facebook you are for social interaction, not for email and other services.

If you make a mistake on Flickr I don’t think Yahoo will kill your email or IM access as well (yeah, I haven’t read those ToS-es so I am only supposing).

That’s one reason I don’t have my main email on Google and I am not hosting my pictures on Picasa.

As much of our online life gets into hands of Google as more powerful Google become and as weaker we all become. It’s convenient, yes, but is it OK?

Why I am saying we are becoming weaker? Have you ever been dependent on only one company to provide a service for your house? (probably you are even now – electricity, TV/Internet, natural gas).

When your life depends on only one source you are becoming weaker because when that source cuts you off or goes bust you also get dragged down.
You don’t have the power because you don’t have an alternative (other than starting from scratch with maybe another provider – who can do this all over again and again every time they do a “mistake”). Your voice (sometimes critical voice) can be easily silenced by the threat of losing everything. You are more easily controlled.

Why we are afraid of diversifying and why this tendency of concentrating everything we have online in the hands of few companies?
One, it’s the convenience, I understand. We have less and less time to take care of things and we like others to do it for us.

But, I say it again, is this the right thing to do?
Do we become more and more some “robots”, easy to be controlled because of our “lack of time” to take care of ourselves?

PS. I picked Google for this article, but you can replace that with Facebook or other services which tries to have all your eggs in their basket.
As a result, that’s why maybe apps like Whatsapp, Instagram took off?…because people were trying to diversify? (yes, I know, these two are now in Facebook’s yard).